News item is a text which informs readers about events of the day. The events are considered newsworthy or important. (News item adalah teks yang memberikan informasi tentang kejadian/peristiwa harian. 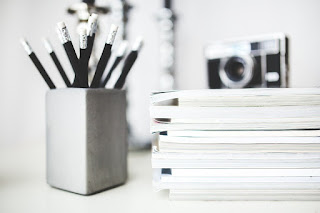 Seven Killed in Accident on Jalan Sultan
Newsworthy Event
Seven people were killed in a collision between a bus, a car and a truck at 10:35 p.m. on Jalan Sultan last night.
Backgroud Event
The dead were all passengers in the car. Police believe the car may have been trying to overtake the bus when it was struck by a truck coming from the opposite direction. The driver of the car may not have been using his lights, as the truck driver said he did not see the car approaching.
Sources
The police said the car should not have been trying to pass the bus, since overtaking is not allowed on Jalan Sultan. In addition, the police reported that the car–a small Japanese car–should not have been carrying more than five people. The names of the victims are not yet known.
Landslide in Bukit Tinggi
Two people died while four others were wounded in a landslide at a yard behind a house near Teleng market in Bukittinggi, West Sumatra on Tuesday. Killed were 3-year-old Yusuf, who was the son of a kiosk owner at the market, Bujang, and 22-yearold Meli, who was a visitor to the market. The injured were rushed to the Achmad Muchtar and Yarsi hospitals. Bukittinggi Deputy Mayor Ismet Amziz said Tuesday it was suspected that recent heavy rainfall had caused the landslide.
Source: thejakartapost.com/news/2009/11/10/two-diebukittinggi-landslide.html
Generic Structure of News Item
1. Main event: News item text presents the daily newsworthy. In this example of news item text, the first paragraph is the main event. It informs the reader that a landslide happened
2. Elaboration: The second paragraph of this example of news item gives further explanation about the main event that the two victim were 3 and 22 years old while the injured were brought to hospitals
3. Resource of information: The last paragraph is the official statement from the expert or the authority which strengthen the news of the main event
Indonesian Maid Beheaded
London :
An Indonesian housemaid has been executed in Saudi Arabia after being convicted of killing her employer, the Saudi Interior Minister said. The woman was beheaded in the Southern Asir province in what was the second execution in the country.
The maid was earlier found of suffocating her female boss and stealing her jewellery. Rape, murder and other serious crimes can carry the death penalty in the conservative desert kingdom. Last year, Saudi Arabia, which follow a strict intepretation of Syaria, Islamic law executed more than 130 people. (Taken from: BBC News)
Generic Structure Analysis
Main event; an Indonesian maid was beheaded in Saudi Arabia.
Background 1; the maid was found guilty of suffocating her bos.
Background 2; serious crimes can carry death penalty in Saudi Arabia.
Background 3; Saudi Arabia executed more than 130 people last year.
Resource; the Saudi Interior Minister statement.
Language Feature Analysis
Focussingcircumtances; law of serious crimes.
Using material process; behead, execute, carry, etc
Stoner wins Catalunya Grand Prix
Spain :
Casey Stoner won the Catalunya Grand Prix on Sunday for his third victory in the MotoGP championship this season.
The 2007 world champion overtook Jorge Lorenzo on the first lap and never looked back as the Australian's Honda proved too fast to catch on the 4.727-kilometer (2.937-mile) Catalunya circuit. Lorenzo was second, 2.403 seconds behind. After five races, defending champion Lorenzo holds a seven-point lead over Stoner. While american rider Ben Spies came in third for his first podium of the season.
Stoner said: "Jorge got off to a good start and I had to wait until the end of the first lap to overtake him and then he couldn't stay with me, fortunately."
Newsworthy Event :
Casey Stoner won in the Catalunya Grand Prix
Background :
Casey Stoner overtook Jorge Lorenzo on the first lap and never looked back
Source : www.thejakartapost.com/news/2011/06/05/stoner-wins-catalunya-gp.html